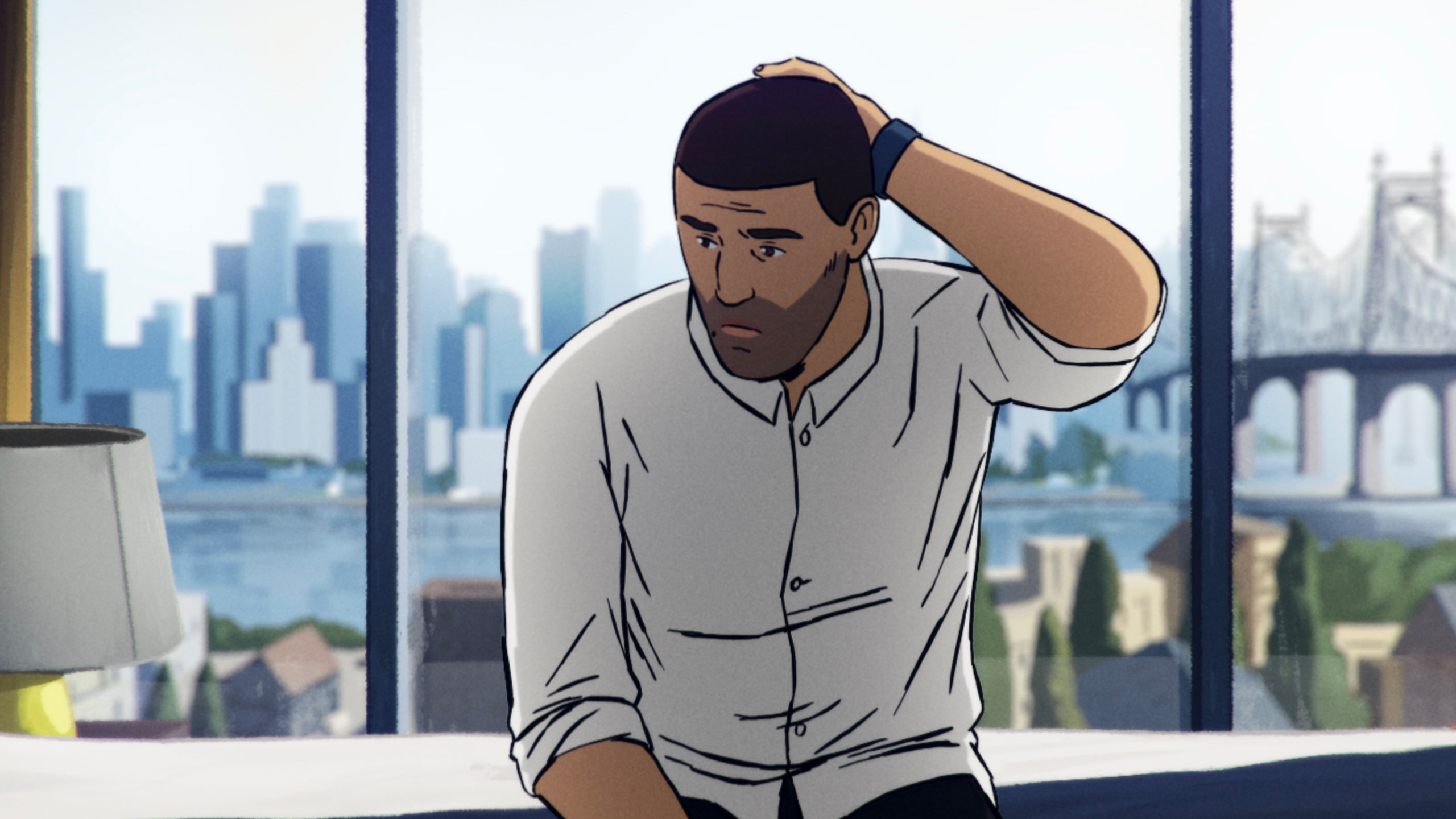 «A thrilling documentary made with a blend of animation and archive footage tells an immensely powerful tale of a gay Afghan survivor. … FLEE is a remarkably humanising and complex film, expanding and expounding the kind of story that’s too easily simplified. Rasmussen has created a loving and unsparing tribute to his friend, a brave survivor whose story I’ll find impossible to forget.» – The Guardian

'Flee' Sundance review: "The moving, first-person story of Amin Nawabi, an Afghan forced to flee his homeland and the Mujaheddin as a child in the 1990s, is reconstructed in this thoughtful animated hybrid." #Sundance https://t.co/JQVLjEMhAj pic.twitter.com/EeO4oudA0a

#FLEE is by far one of the best films I've seen in my four Sundances now. A thrilling, cathartic, hopeful survival story (in more ways than one). Surely to go down as one of the best documentaries of 2021. #Sundance2021 pic.twitter.com/QE7HluKp1T

A #Sundance rave! FLEE is remarkable – an animated documentary about a refugee rebuilding his life one story at a time. Riveting stuff. Would’ve played huge in the room at the festival, but will go way beyond that. https://t.co/NBcC9igMP7

FLEE is extraordinary. An animated documentary about being a refugee/migrant that hit me hard. As someone who left his homeland without parents or siblings, I was so moved by its honesty. It has gorgeous animation to boot. A standout of #Sundance2021 already. Review coming soon. pic.twitter.com/lF4nqDwzbY

‘Flee’ by Director Jonas Poher Rasmussen is an incredibly powerful and remarkable animated documentary about a refugee and his traumatic experiences. It really moved me @sundancefest #SundanceFilmFestival #flee pic.twitter.com/MMg2M5evFD

I adored Flee. A stellar animated documentary about a refugee coming to terms with his journey two decades later. I hate to use the term "must-see," but it's a must-see. #Sundance2021

FLEE, a harrowing doc about a child refugee from Afghanistan, just broke my heart and put it back together in under 90 minutes. The animation is equal parts beautiful and storytelling genius & as a champion of queer docs, I can't recommend it more highly! #sundance #sundance2021

FLEE blew me away. A genre-bending film, as a mostly animated documentary. Powerful, heart-wrenching story about a gay Afghan refugee searching for safety, comfort and love in the world, while also trying to hold on to the family that sacrificed everything for him to make it out. pic.twitter.com/eDsiiiYqTL

FLEE is simply astonishing. A brilliant fusion of documentary filmmaking and gorgeous animation to uniquely deliver a compelling true story. Its imagery is both beautiful and tragic. Rasmussen perfectly captures the psychological scars of a refugee haunted by his past. #Sundance pic.twitter.com/8AriupKyeW

Flee is an outstanding animation that takes us on a journey of a teenage refugee and the dangerous obstacles he overcame on his own to reach a safe haven.
An excellent way of mixing documentary with narrative that keeps the thrill. A must-see ? #Flee #Sundance2021 #FilmTwitter pic.twitter.com/qgj2MQcCz6

FLEE: Seamlessly intermixes a narrative and documentary format, taking you on a conscious journey into the unreconciled memories of a refugee. Compelling and utterly moving, you'll be hearing about this masterwork all year. Riz Ahmed produces and will voice on the dub. #Sundance